“Photographs at the Edge: Vittorio Sella and Wilfred Thesiger.” From the collection of Roger Härtl 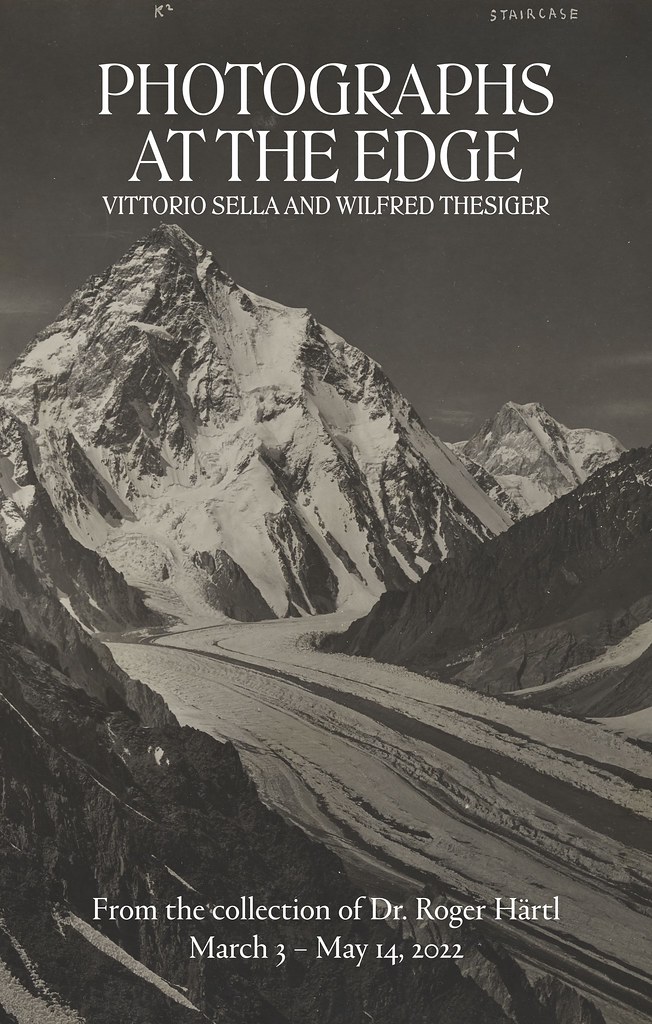 As a teenager in Germany I dreamt of becoming a journalist and explorer. My family roots are in the Dolomites, Bavaria, and Bohemia, and since my early childhood I have found great joy in climbing and skiing in the Alps. My life as a neurosurgeon opened up the world and allowed me to travel and explore places near and far. Today, I complement my curiosity for the unknown through collecting. Over the past decade, I have acquired original books and photographs related to great explorers of the nineteenth and twentieth centuries. I am particularly interested in the work of individuals who approached geographic exploration as artists. As photographer Paolo Pellegrin has written, “art allows for the documentation of the alien with truth rather than conquest.” The works of mountaineer and photographer Vittorio Sella (1859–1943) and desert traveler and author Wilfred Thesiger (1910–2003) are central to my collection.

Sella and Thesiger wandered the world at the crossroads of the age of exploration and the development of modern photographic techniques. The places they ventured—including the high mountains of the Karakoram and the vast deserts of the Arabian Peninsula—were largely unexplored regions of dazzling beauty and inhospitable challenge. This exhibition documents the courageous achievements of these two men, both great artists and documenters in their own right.

I hope the lasting legacy of these explorers—as well as those who influenced them and followed in their footsteps—transports us to the farthest reaches of the globe, reminds us of the majesty of nature, and compels us to persist through whatever challenges we may face next.