The Daniel Press: Pioneer of the English Private Press Movement 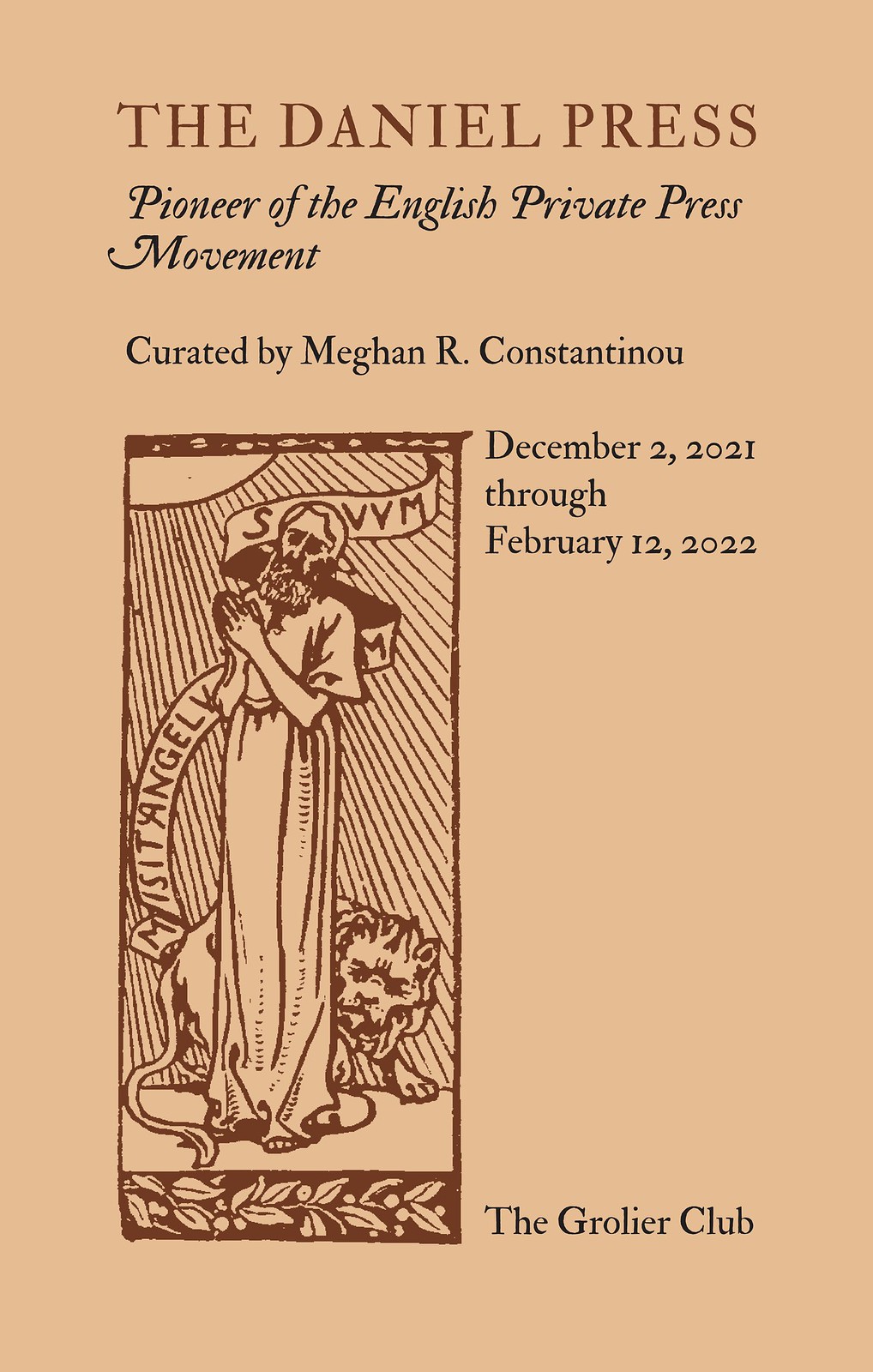 The Daniel Press occupies a unique place in the history of private printing. Active in Oxford from 1874 to 1906 (and as early as 1845 in Frome, Somerset), the Press founded by the Reverend C.H.O. Daniel (1836-1919) is, in some ways, a forerunner of the English private press movement and, in other ways, quite independent of it. The few dozen books produced by Daniel and his family for distribution among friends or to benefit charity are modest—even old-fashioned—in appearance, yet in their scale, distribution, and careful selection of literary content, layout, and typography, they far surpass other amateur printing ventures of the period. The Daniel Press thus represents an important bridge between Victorian domestic “parlor press” printing of the mid-nineteenth century and the mature Arts and Crafts private press movement of the 1890s.

This exhibition offers a survey of the Daniel Press from its earliest days in Frome to the modern works it has inspired. Particular attention is paid to the ‘golden years’ of the 1880s and early 1890s when Daniel’s revival of the Fell Types, his switch to a large Albion press, and the expansion of his literary networks gave the works a more sophisticated appeal. It is organized by theme, each shedding light on the press from a different angle. Items are drawn from the Grolier Club Library’s rich holdings, recently enhanced by the surprise discovery in the archives of twenty uncatalogued Daniel Press books donated in 1939. The exhibition is rounded out by a loan of nearly twenty books, prints, photographs, and pieces of ephemera, including the famous <em>Garland of Rachel</em>, from the remarkable Mark Samuels Lasner Collection, University of Delaware Library, Museums and Press, as well as spectacular individual items lent or donated by other club members (Philip R. Bishop, H. George Fletcher, Jon A. Lindseth, George Ong, John Windle). My special thanks go to the Grolier Club Modern Fine Printing Committee for sponsoring the exhibition.