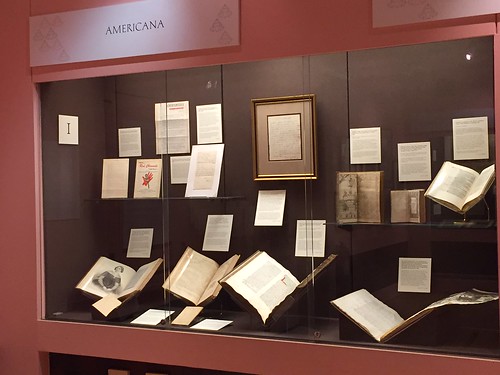 Manuscript diary written during his stay in Newport, Kentucky, and through the return to his hometown of Medfield, Massachusetts, December 1831–May 1832.

This diary, kept by my great-great-great-grandfather, details many specifics of the hemp factory he was building, his religious thoughts and activities, and the ever-important weather, but it is disappointingly silent about his feelings about being so far from home, separated from his wife and five young children. He describes a house he was building for them, but I have never found evidence that he brought them to Newport as planned.

Other researchers with whom I have shared the diary at the American Antiquarian Society, on the other hand, have found it a goldmine of information on topics ranging from the fear of cholera to the naming of days of the week. Also found are mentions of the making of straw bonnets (his trade back at home), the catastrophic ice flows on the Licking and Ohio Rivers (that inundated the new factory), a cannon-fire celebration of Washington's birthday, and the perils of shipping one's bass viol to the frontier (his cracked). The lines of verse that end each entry are from hymns, not surprising since Johnson's older brother, Lowell Mason, was a leading hymn writer and music educator in his day.

New Jersey. Anno Regni Georgii Regis … at a Session of the General Assembly of the Colony of New-Jersey, Begun the Twenty Fourth Day of September, Anno Domini 1723, and Continued by Adjournments … at which Time the Following Acts were Published. Perth-Amboy, [NJ]: Printed by William Bradford in the City of Perth-Amboy, 1723.

If New Jerseyana collecting has a Black Tulip, it is the 1723 Perth Amboy laws. Only five other copies are known, with all but one in major institutional collections. Acquiring a copy for myself was so far beyond the realm of possibility that I never considered it. One year ago I acquired this Sammelband of early New Jersey laws that includes the 1723 laws. The volume is annotated throughout by Chief Justice David Brearley (1745–90), who presented it to William Paterson (1745–1806), the second governor of New Jersey (1790–93).

An Account of the Conversion of the Reverend Mr. John Thayer, Lately a Protestant Minister, at Boston in North-America, Who Embraced the Roman Catholic Religion at Rome, on the 25th of May, 1783. Baltimore: William Goddard, 1788.

This small pamphlet is the first American edition of the testimonial of the first American Protestant clergyman to become a Catholic, the Rev. Mr. John Thayer, Boston-born and acquainted with many of the Founding Fathers. This edition of his work survives in fewer than twenty copies, but it set the pattern for two centuries of Catholic convert accounts and includes many of the tropes of those later works: visiting the Catholic heartland on the Grand Tour; disputation with learned clergymen; pious reading; witnessing miracles; and finally, the zeal of the convert who desires to convert first his family, then his home country.

Red Channels is an imperfect guide to the supposed political leanings of those in American radio and television suspected by self-anointed “patriots” of being less than one hundred percent “loyal” to the United States. These patriots began their activities in the 1940s with a newsletter (Counterattack), subsequently embellished by special reports such as Red Channels, whose publication is considered to mark the formal beginning of blacklisting in American radio and television (already underway in the movie industry). For me Red Channels serves as a reminder of the anathema of blacklisting that debilitated the American entertainment industries for years. It also remains an important reflection of times that saw widespread hysteria about internal subversion and foreign threats to the United States, some of which proved real.

“One of the most striking characteristics of an American is his self dependence. Born to no fortune he knows, from his earliest years, that he has nothing but his own mental and bodily exertions to rely on in the great struggle of existence. This self dependence produces a remarkable quickness and versatility of talent. He turns his mother wit, as the Indian does his knife, to all purposes, and is seldom at a loss. At his first outset in life the world lies before him, like the wilderness of his own country, a trackless waste, through which he must cut his own path; but what would be a region of doubt and despondency to another mind appears to him a land of promise, a region of glorious enterprise tinted with golden hope.”

My Western Americana collection of letters, diaries, books, maps, prints and paintings is focused on people going west for the freedom to change their lives from the bonds of their birth and upbringing to maximize the opportunity to be who they can be. It is about self-realization—the freedom to make your own destiny.

This manuscript was offered at auction in 1976 and I was willing to pay all that I could afford, and accept all the credit that Parke-Bernet would extend to me, to acquire it. These thoughts by Washington Irving, the author of many books about the West, have defined my collection. I have written two books based on my collection (The Western Pursuit of the American Dream and The Great West: Pursuing the American Dream) and this manuscript was the frontispiece in both books.

This volume contains a remarkable range of lithographs, engravings, photographs, autograph letters and documents, original drawings, and theater programs and playbills, especially relating to famous sopranos who performed in Italian operas in New York City from 1825–82.

Richard Grant White was the father of the architect Stanford White and an author and editor. He had extensive first-hand knowledge of some of the leading Italian opera performers of his era. Those described and portrayed in the volume include Maria Malibran, Marie Alboni, Jenny Lind, Henriette Sontag, Adelina Patti, Maria Picolomini, and Christine Nilsson, among many others.

The volume is open to a lithograph of Jenny Lind and an autograph letter by this legendary singer.

This letter came down to me through my family, which circuitously wends its way back to Joseph Wright directly and through marriages. Having done fundraising for various charities throughout my adult life, I was struck by the wordsmith Lincoln crafting concise sentences that asked Barney to help Wright raise funds to take objects to the World Fair in Hamburg, Germany. Wright was, at that time, the minister plenipotentiary to Prussia. Lincoln and Wright were friends, both having served as congressmen, Wright in the 28th Congress from 1843 to 1845 and Lincoln in the 29th. When I acquired this letter, it seemed lonely to me and I have subsequently added companion pieces from all the US presidents and vice presidents.

Do spend a moment reacting as if you had received the letter from Lincoln. He is very persuasive in a most genteel manner. “I shall be glad if, by your acquaintance with the rich men, you can render him some assistance.”

That this letter and other documents are available for private collectors is wonderful to me. I realize I am but a steward for a period of time and I hope that they will pass on to others at some time, providing future collectors with the pleasure of owning and appreciating these items.

As a Theodore Roosevelt scholar, I am intrigued by his love of birds. Aside from his family, politics and birds were the great loves of his life. As president, he established fifty-one protected federal bird sanctuaries. And as an ornithologist in his own right, Roosevelt authored three bird lists. It is interesting to note his transcription of bird sounds and the absence of any significant physical descriptions. Because of his very poor eyesight, young Roosevelt learned to identify birds by their song rather than their plumage.

Published while a student at Harvard, Birds of Oyster Bay is one of the great Roosevelt rarities, and this is the only known copy in a private collection. A 1927 auction catalogue offering this broadside observed that “it is probable that not more than one collection of Roosevelt first editions can ever be complete and none can approach perfection without a copy of this rarest of early first editions.”